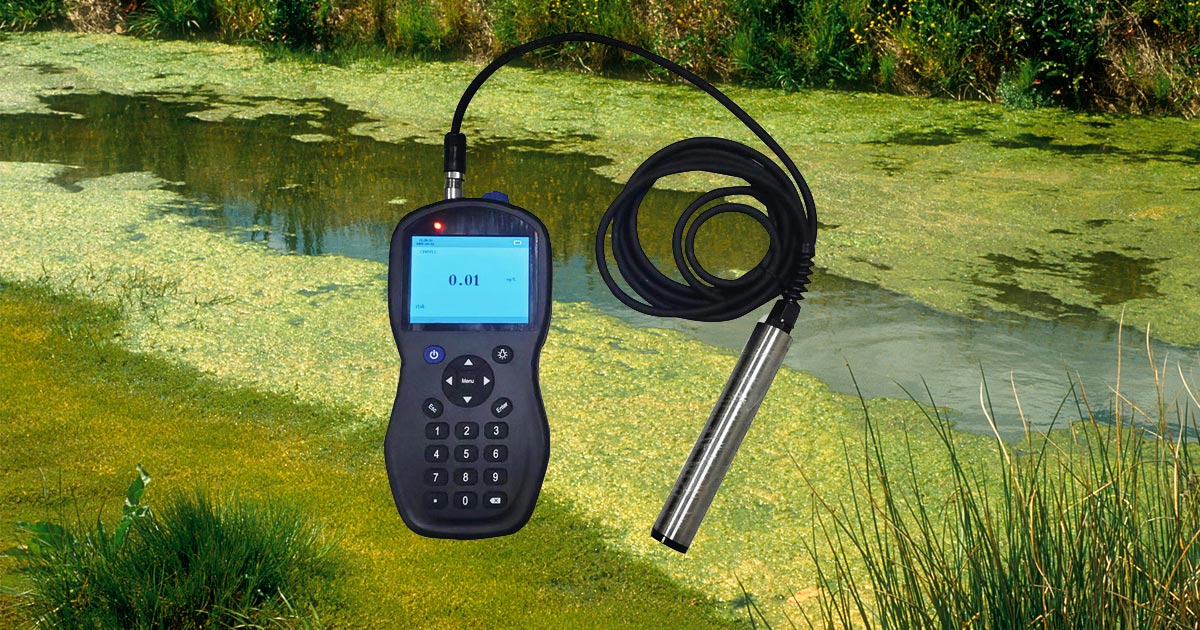 We have all heard about Blue Green Algae but in these days of drought and hot weather, vigilance is more important than ever. Technology has also just come to the aid of those charged with the responsibility of maintaining and testing bodies of water for the presence of blue green algae with the release of a new instrument from Meascom.

What is Blue Green Algae?

Despite the name, blue-green algae are a type of bacteria. They are a naturally occurring component of freshwater environments. They are also an essential component of a healthy body of water, as a source of food for certain aquatic animals and also because they produce oxygen.

Blue Green Algae may undergo population explosions, called blooms under certain favourable conditions. These conditions include still or slow-flowing water, hot days with abundant sunlight and sufficient levels of nitrogen and phosphorus amongst other nutrients.

The water layers near the top of the river, lake or stream warm up and provide the ideal environment for the algae to grow.

Blue-green algal blooms have been recorded as occurring under natural conditions, without excess fertilizer being washed into the water. Charles Sturt recorded the Darling River as tinged with green and tasting of vegetable decay as far back as 1830. In 1878, Lake Alexandrina suffered a blue green algal bloom that caused the death of animals that drank the water. However, analysis of monitoring data collected since the 1980’s indicates that the concentration of blue-green algae in the Murray system has increased over the last 3 decades and that blooms in upstream sites are increasing in frequency and duration.
For more info visit CSIRO

When blooms of blue-green algae occur, they interfere with other uses of the water. The blooms can affect human health and can have far-reaching consequences for the environment and the economy. They also affect water quality by causing undesirable tastes and odours, discolouration and unsightly scum.

If blue-green algae multiply to high numbers, toxins may be produced causing health problems for people, domestic animals and stock that come into contact with the algae.

Contact with the algae by recreational users can also be harmful. There have been reports of skin and eye irritations, nausea, vomiting, muscle weakness or cramps by some people who have swum through algal scum or swallowed it.

In summary, blue-green algae blooms can cause:

Once a blue-green algal bloom occurs, very little can be done to stop it. Blooms often continue while favourable conditions remain, only abating once it starts to rain heavily or the weather turns cooler with less sunshine. The blooms will then gradually reduce over time.

Public alerts must be issued to ensure all water users are aware of problems and to inform them to avoid direct contact with the water.

Frequent testing for the presence of blue green algae will assist with water-use decisions and help to identify alternate water supplies for stock and domestic uses.

Meascom can now supply a new type of electronic water quality testing instrument, the HHT-BG200 that can be inserted into bodies of water directly to determine the concentration of blue green algae. It is battery powered, light and handheld.

It emits a beam of light that gets affected by the presence of the algae. A sensor detects changes in the characteristics of the light. A microprocessor converts those change into a measurable value which appears on the instrument’s display.

For further information on this leading-edge water testing instrument or to purchase it click here.